A marmalade adventure in Japan

This was not my first ‘marmalade holiday’ and I imagine it will be far from my last. I have now frequented marmalade factories in England, Scotland, Spain, Australia and now thanks to the initiatives of the mayor in Yawatahama Japan has been added to the list. The Worlds Original Marmalade Awards & Festival was founded fourteen years ago by Jane Hasell-McCosh in the north of England in Cumbria. I jumped on the bandwagon, or the ‘unleashed dragon’ as it is sometimes lovingly referred to, in 2010 as a reliable asset with a camera. Since then I have documented the exploits of marmalade far and wide.

It was with huge excitement that the first Japanese pots found their way to the Marmalade Awards in 2012 and judges such as Ivan Day, Dan Lepard & Pam Corbin found that they had used citrus fruits that have yet to be grown in Europe. Moving on a few years and the Japanese were really making their mark and winning a number of awards, so much so that the ambassador for Japan, Mr Koji Tsuruoka came up from London to Cumbria in March 2018 for the annual award ceremony. It is with his enthusiasm and help that Japan will hold its first Marmalade Awards & Festival in Yawatahama on the 19th May 2019. A reccy of Yawatahama was needed, with Jane as a consultant. Another marmalade adventure was afoot! 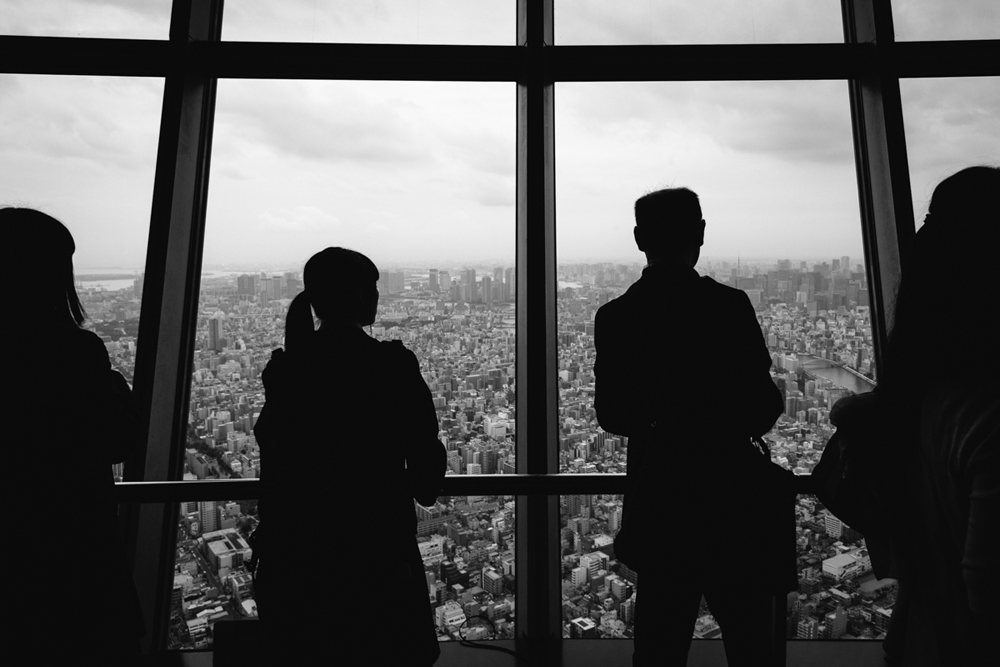 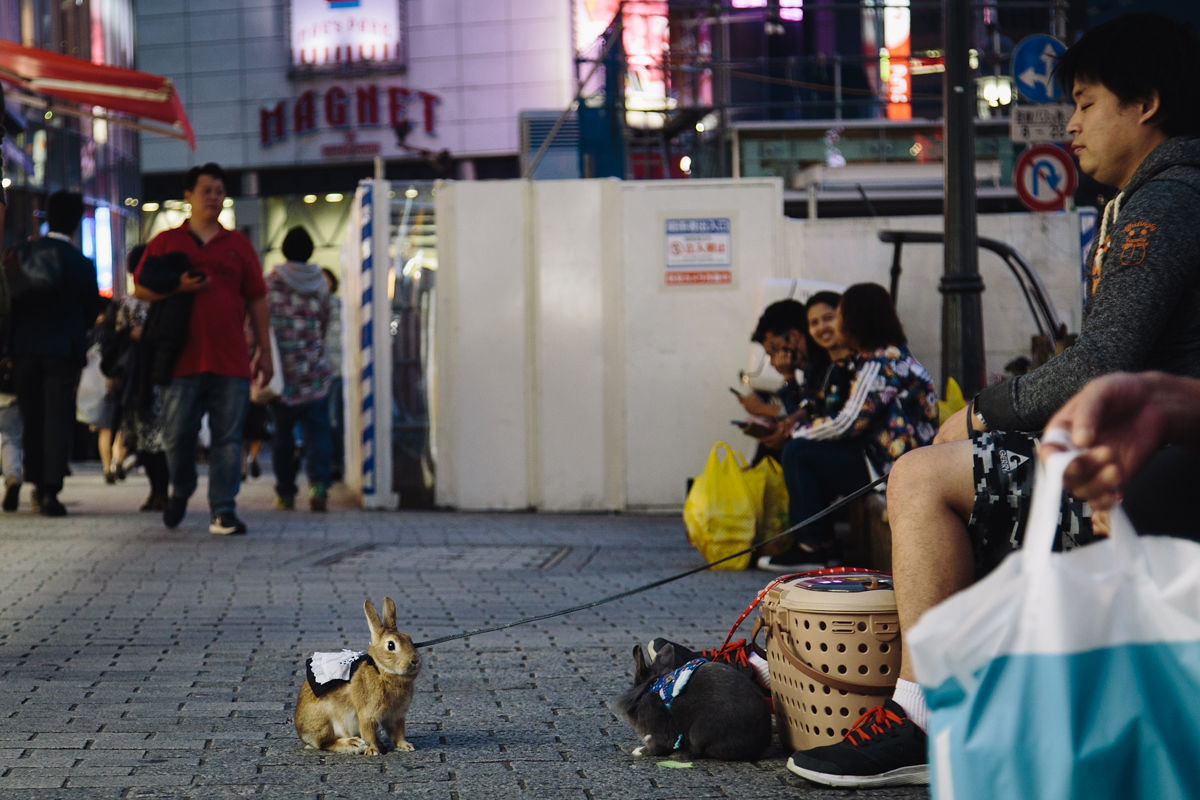 Japan is culturally so far flung from our normal reality that on our arrival in Tokyo we were completely enthralled by the expanse of urban jungle, yet seemingly there was a calm. It was a few days until we realized that this was perhaps due to the electric cars and also the lack of honking. The Japanese would certainly gain the prize of ‘the most polite race‘ on earth. If one even started to  look even remotely lost in the subway at least three people would ask if you needed help.

Our starting point was to visit the famous Shibuya crossing, it really is a sight to behold but then Tokyo seemed to be filled with quirky and foreign happenings. On glancing through a gymnasium window we saw sumo wrestlers at practice, then there was a man with his pet rabbits on a lead and finally of course, we were able to visit (just in time before it relocated) the renowned and sprawling Tsukiji fish market, where we were able to sample many strange tastes and smells, cooked, raw, smoked.. our unaccustomed pallets took it all in. 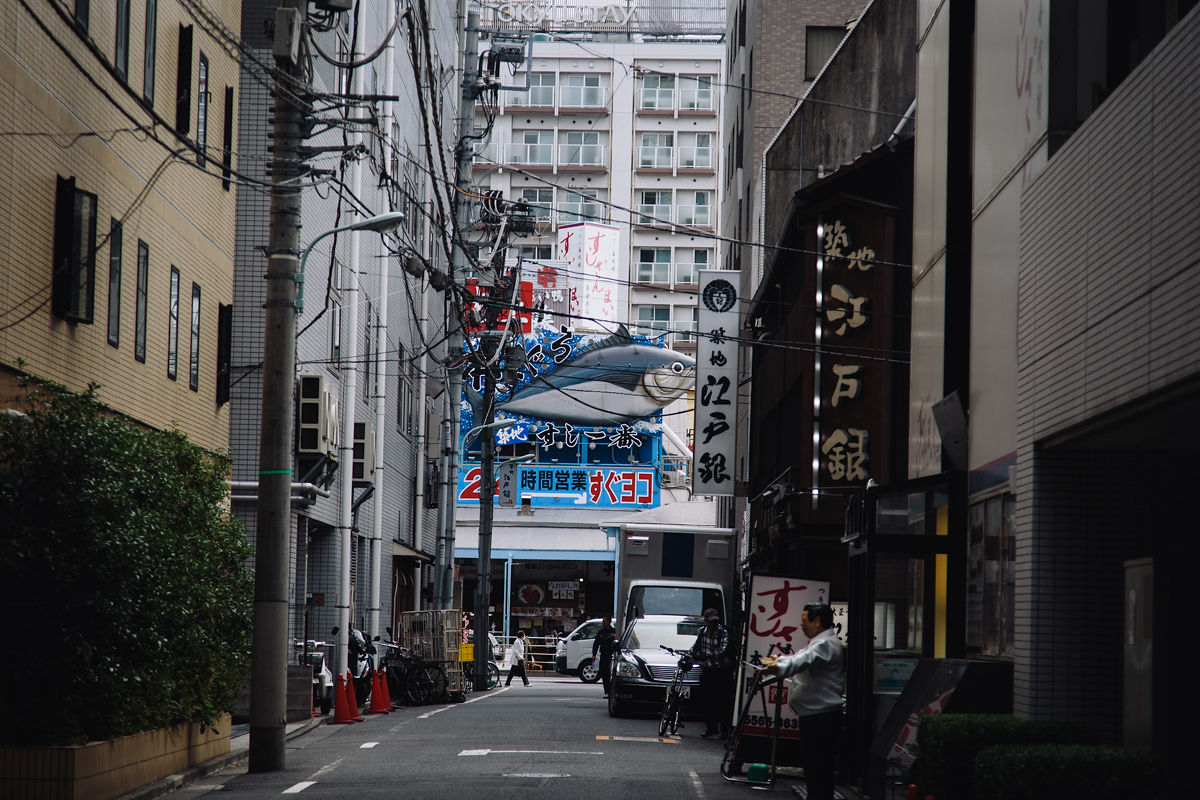 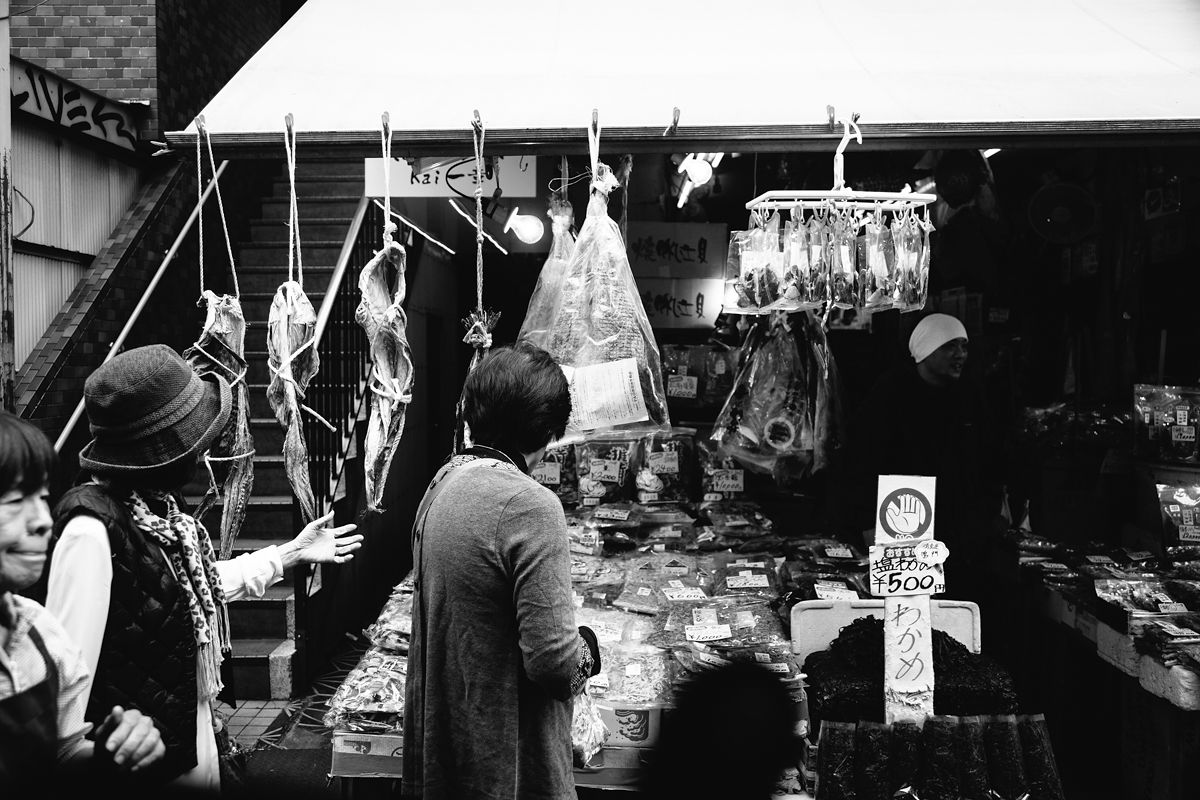 We travelled on westward to Hiroshima. An important place to visit, yet exceptionally sad. A man folding origami cranes by the Atomic bomb Dome told us the story of a young girl called Sasaki Sadako who died of leukaemia in 1955 due to the nuclear fallout. When she was initially diagnosed she made it her mission to fold a thousand birds before she died. Sadly she didn’t complete her task but her school friends finished it for her and the birds were buried alongside her. They are now seen as a sign of hope and peace. 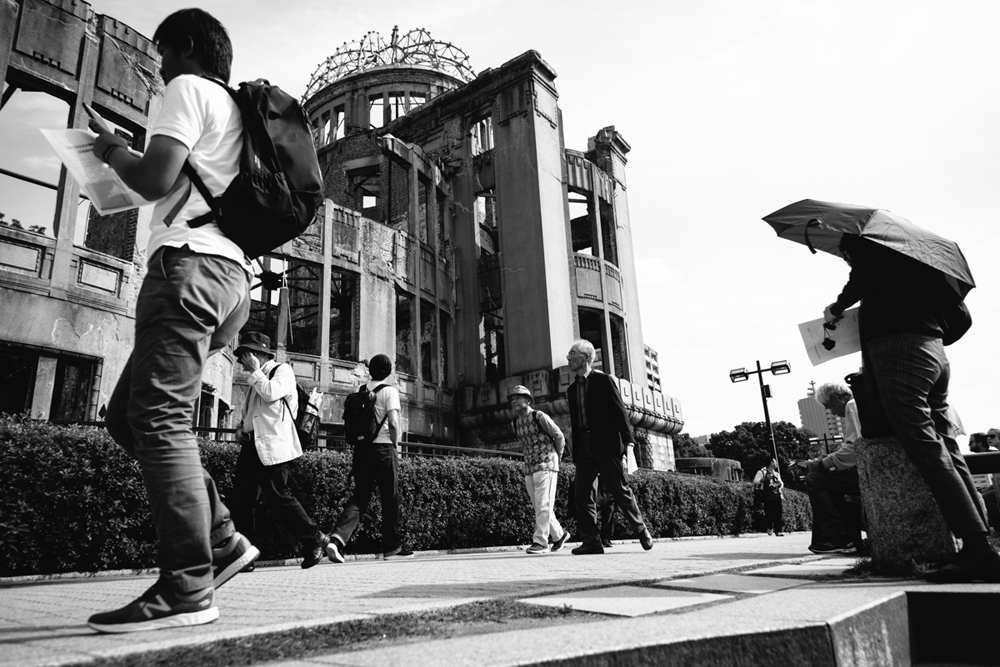 From Hiroshima we traveled on south by train and then car, moving from island to island by interconnecting bridges. The skies remained blue and the sea looked tantalisingly tempting but we were told that “one only swims during July and August” so we remained dry. 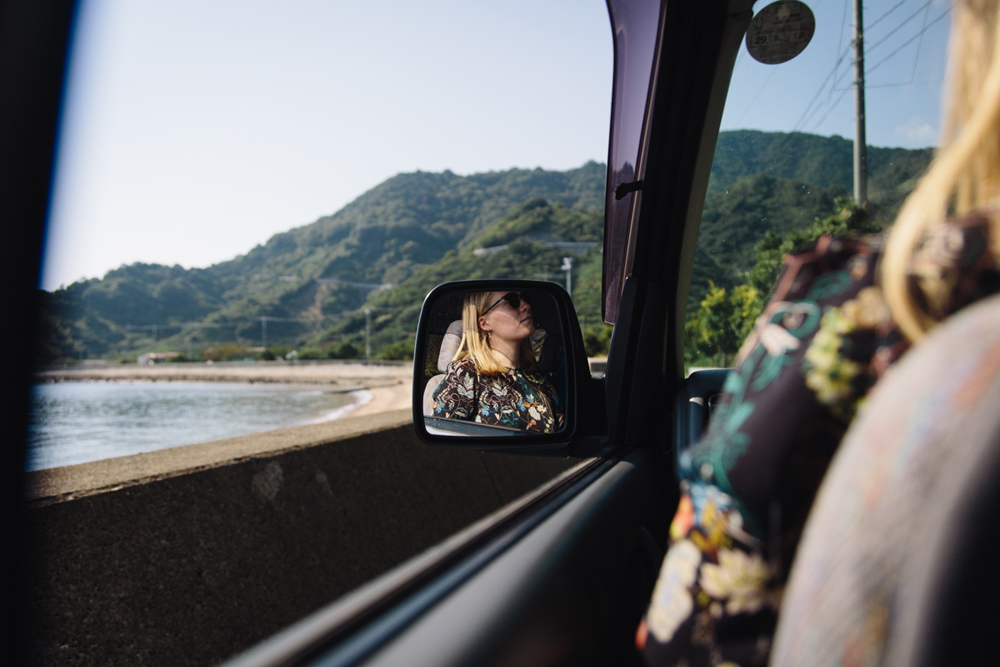 We finally reached the island of Yutakamachiokitomo near Kure where we met a woman in her eighties who had entered the Marmalade festival with her friends in the octogenarian category. After being shown around her marmalade factory which was in an old abandoned school we then all piled into the back of her miniature pick up and clinging to the sides we where taken to her citrus groves, up and up many hair pin bends to the top of the hill. 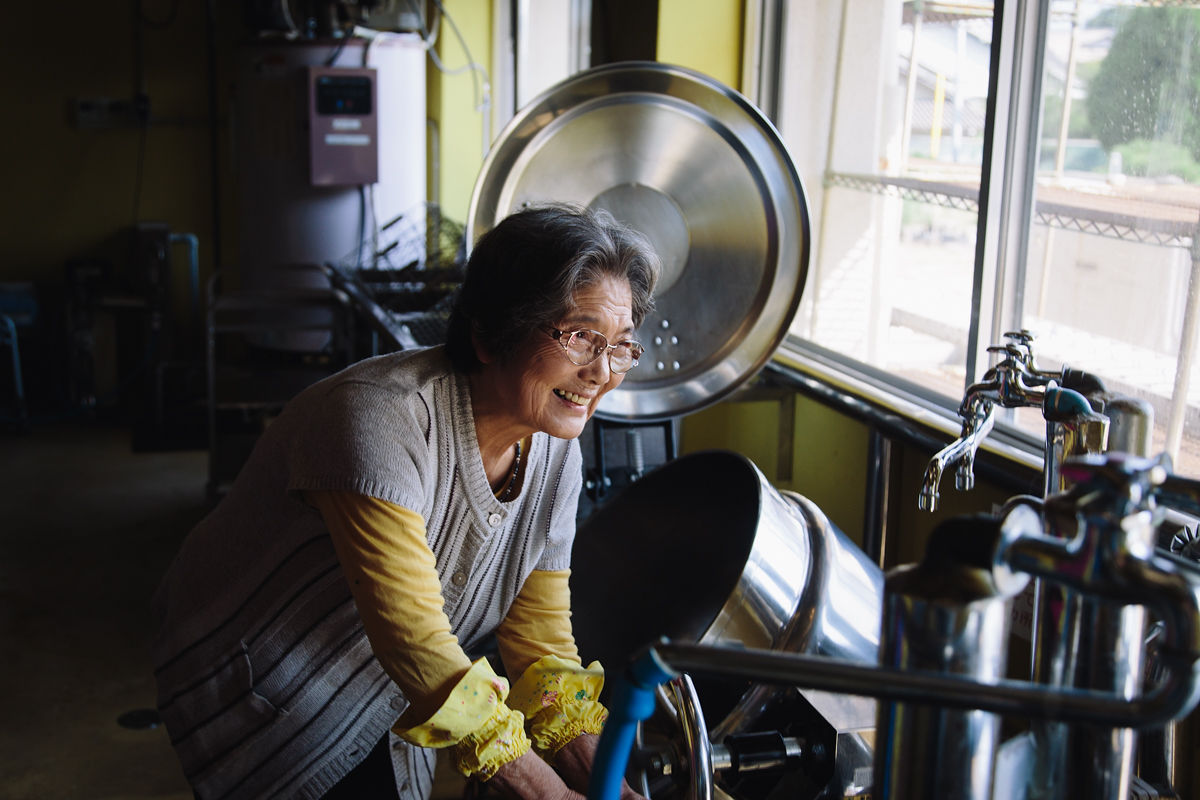 We stayed that evening on the island and for the first time we felt like we had come to the unknown and were truly exploring. There were no other westerners for miles around, we were meeting and seeing Japanese people in their day to day lives, eating extremely exciting if sometimes unintelligible food, we knew how to use their incredibly modern and very clean loo system and probably the most Japanese of all we were sleeping on the tatami mats with a futon on the floor. 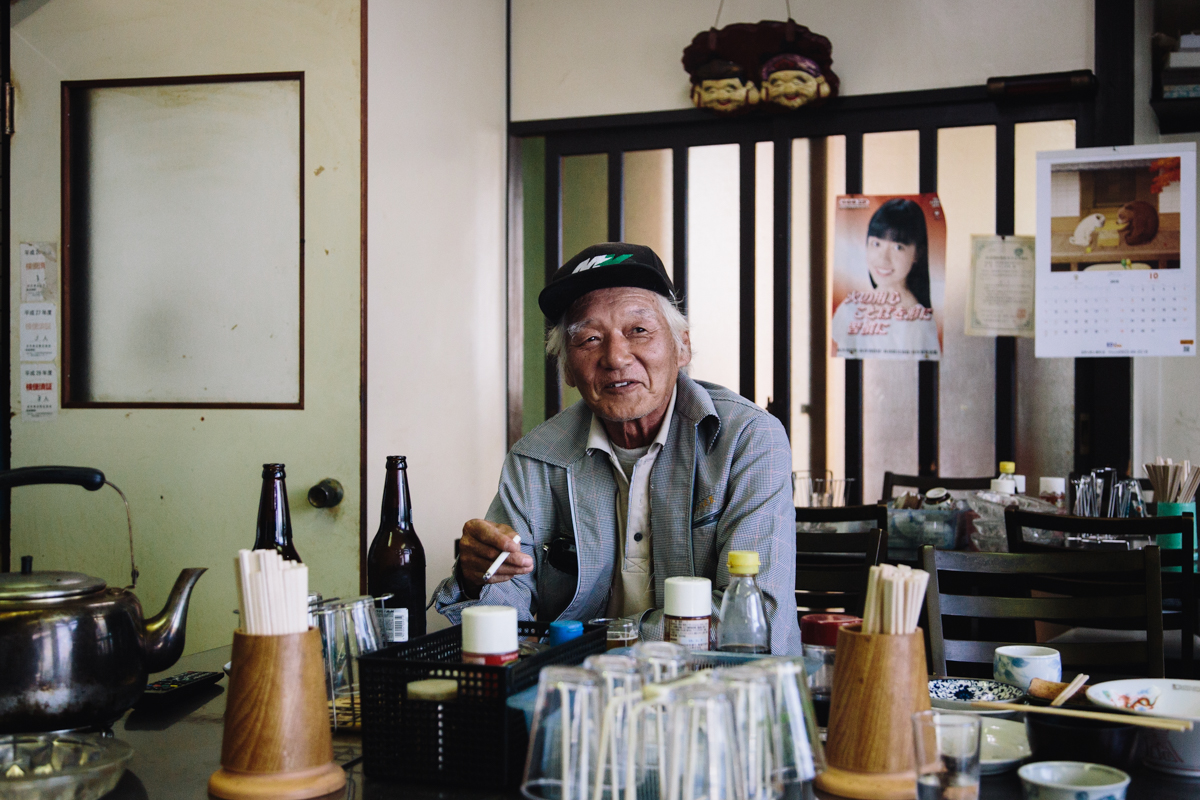 So after taking plane, train, boat & car we finally arrived in Yawatahama, which will be home to the first marmalade festival in Japan in May 2019. It sits right at the end of the Ehime prefecture and is a port town surrounded by hills lined with citrus trees. 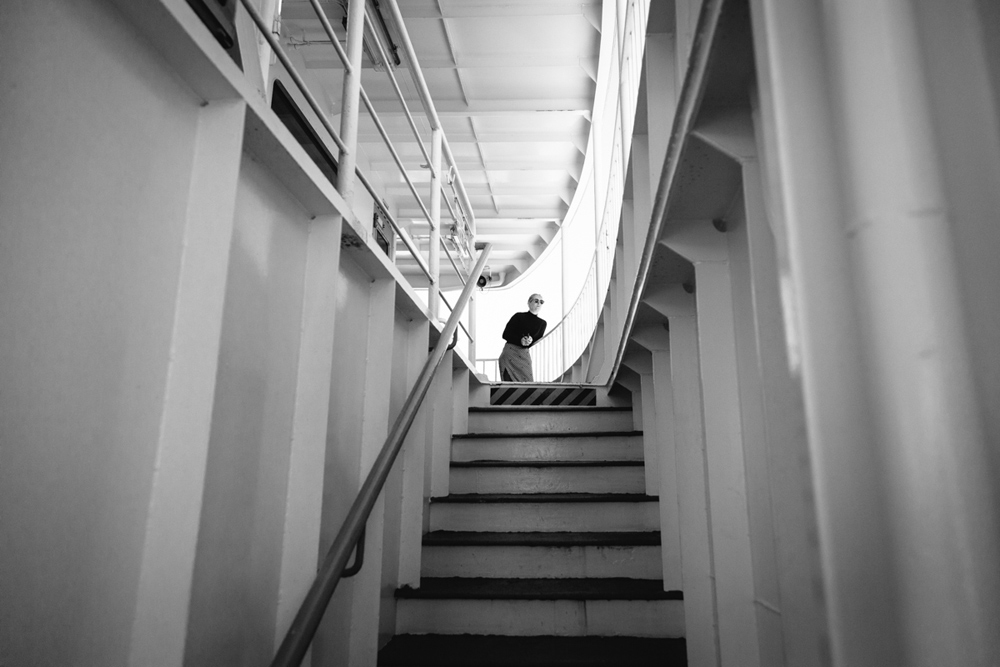 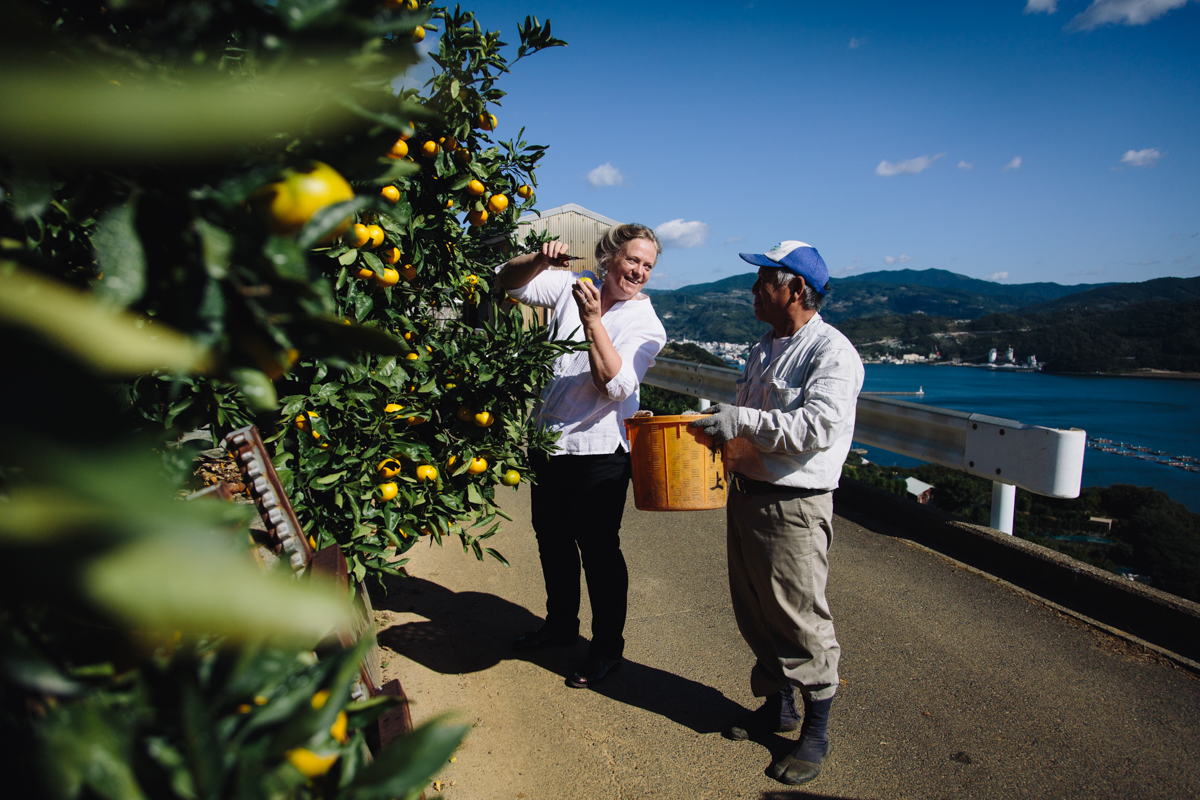 Yawatahama is sadly not yet on the travellers map, however i’m sure its future is now secured due to marmalade mania! We truly experienced genuine hospitality during our stay. A particular favourite for us was visiting a sake factory. Each room had beautifully lined wooden panels, which was to help the sake breathe. At the end of the tour we came to a room with speakers on the wall. On asking why they were there the owner replied, with passion in his voice, that his grandfather believed in order for the sake to reach its full potential it needed to hear music when it was being stirred. His grandfather had brought in an opera singer, he was content though with just having a sound system.

The well in the factory, with which the water was used to make the sake also fed a pond in his garden where he kept coy carp. If there was something wrong with the carp then he would be able to suggest that the water might be unclean and it wouldn’t be safe for him to make the sake with it. 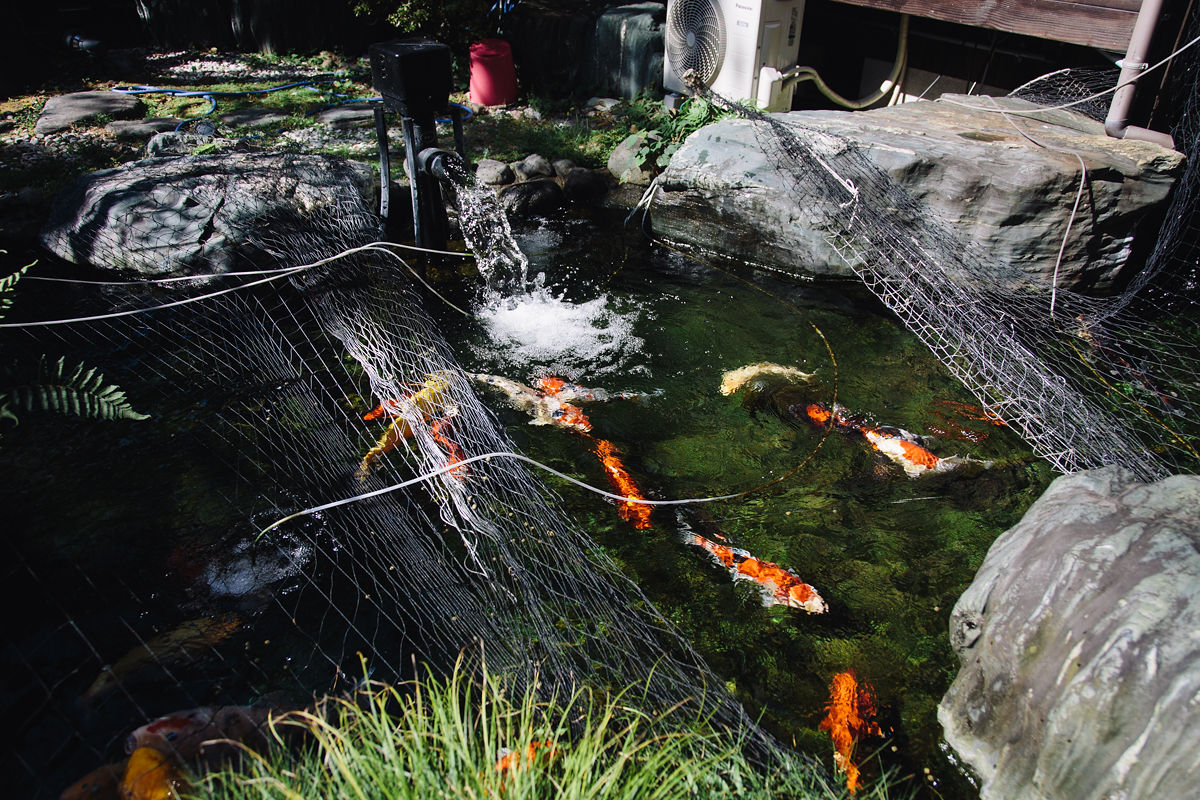 The next port of call was the island of Teshima. On disembarking from the boat we were greeted by what seemed to be about fifty cats outside the ‘cat bar’, all lounging in the evening sun. Appropriately most of them were marmalade ones which made us feel as if they had been expecting us. 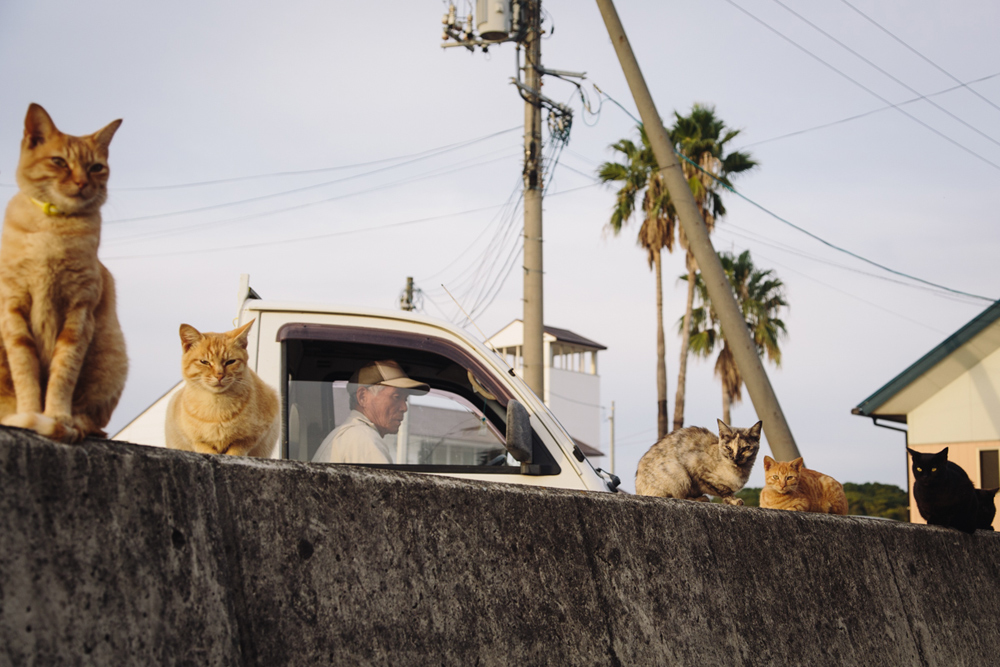 Teshima is known for its Art museum which was opened in 2010 and designed by the artist Rei Naito and architect Ryue Nishizawa. The museum, which resembles a water droplet at the moment of landing, is located in the corner of a rice field overlooking the Seto Inland Sea. You can rent electric bicycles and go at your pace around the island visiting various art installations and beaches. 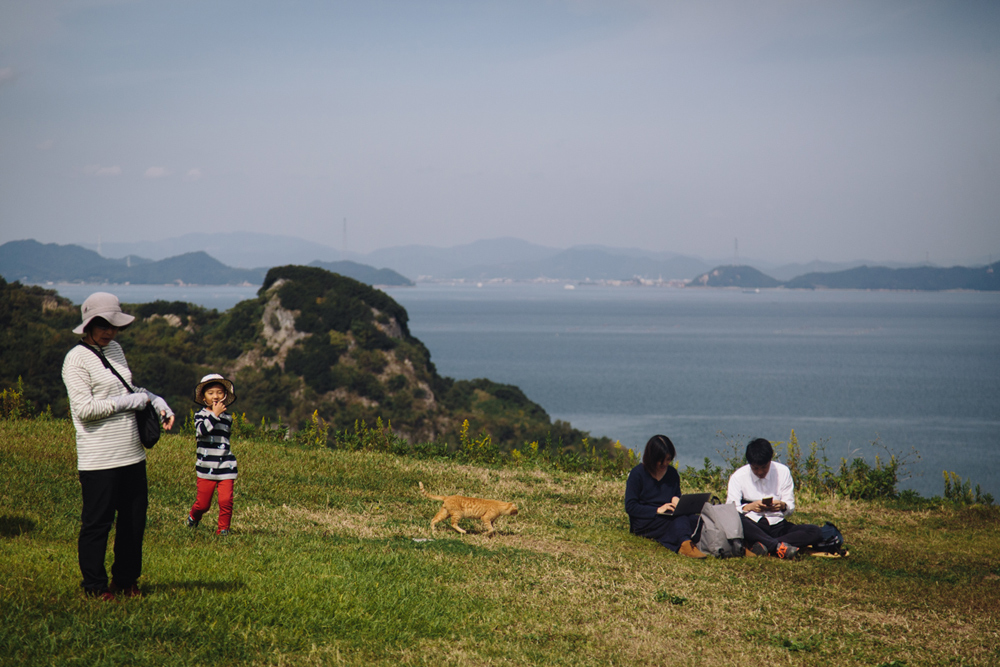 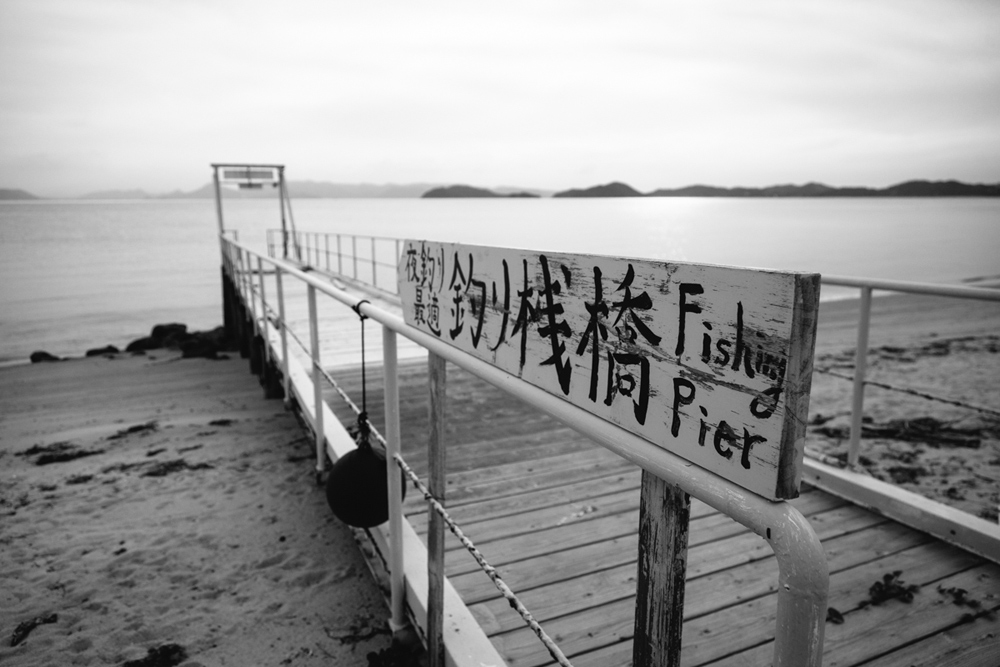 A short boat ride from Teshima is Naoshima, the original and bigger art island, home to the Chichu Art Museum which houses paintings from Monet’s water lily series. Benesse House Museum offers contemporary sculptures and installations. There is also one of Yayoi Kusama’s iconic pumpkin sculptures by the Miyanoura Port.

This was the only day it rained! 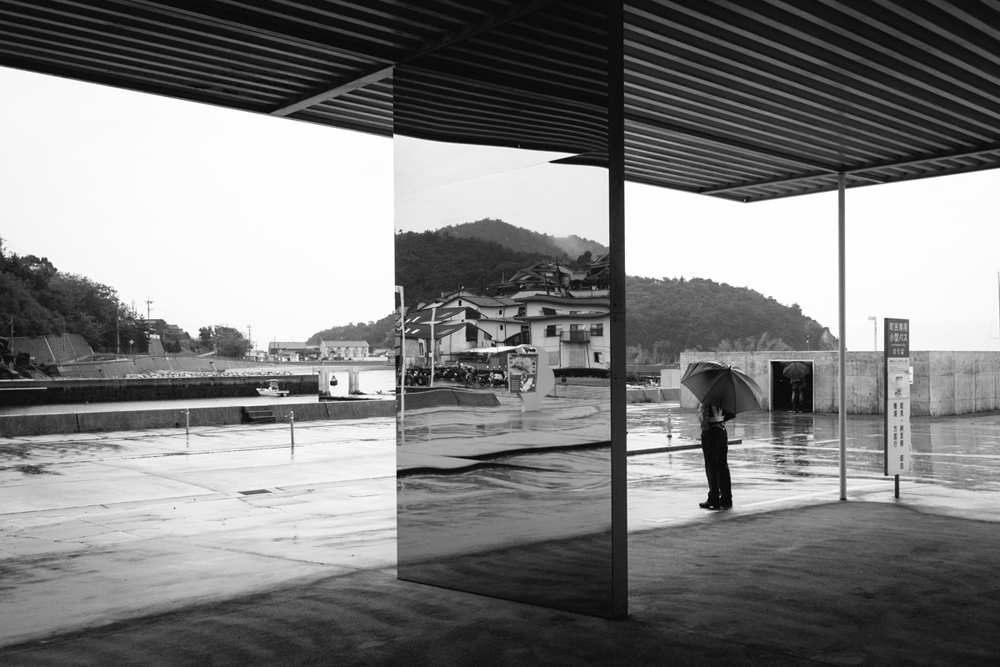 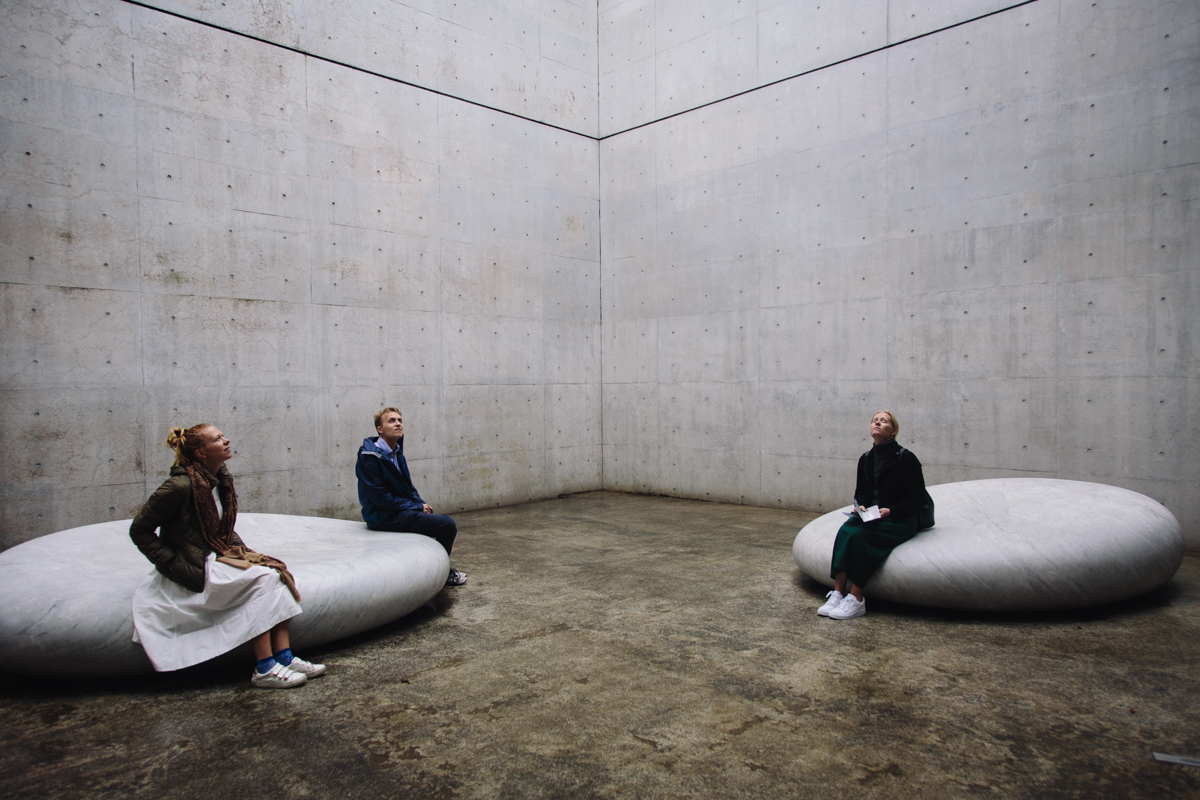 Our final stop before flying home was Kyoto. We seemed to be becoming well adversed to travelling in Japan and on arriving at the station thought we probably qualified for the non English speaking taxi rank queue which appeared to be much shorter than if we joined our fellow westerners. Our taxi driver finally agreed to take us and drove (with a lot of help from the blessed google maps) to the Shunkoin temple, a place of relaxation and mediation. Unfortunately however we got far too distracted by the Kobo-san antiques market, which is held on the 21st of each month at the UNESCO To-ji Temple. It is the perfect place to buy souvenirs to take home. 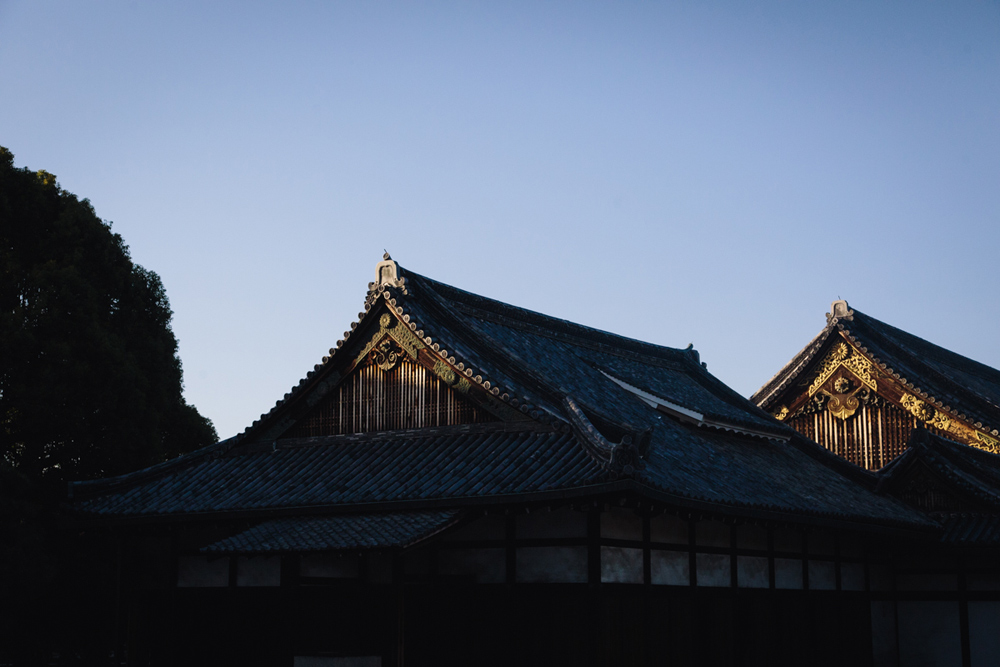 The Shunkoin Temple generously lends out bicycles which is a marvellous way to explore any city. The Kinkaku-ji, the golden temple is a short, if steep bike ride away and very worthwhile. Although it may seem calm and quiet in these pictures what you don’t see in the photos are the hundreds of others around. Luckily however there is a path that takes you in an orderly manner winding your way through the garden. Japanese style.

If the essence of traveling is being welcomed into a culture with open arms then we have traveled and been very much a part of Japanese life. We have met sake business men & orange grove farmers, mayors and marmalade makers. Eaten bizarre raw fish and drunk many cups of leaf tea. Admired shrines & bowed in greeting with many “aragato’s” (thank-you’s) as we leave. 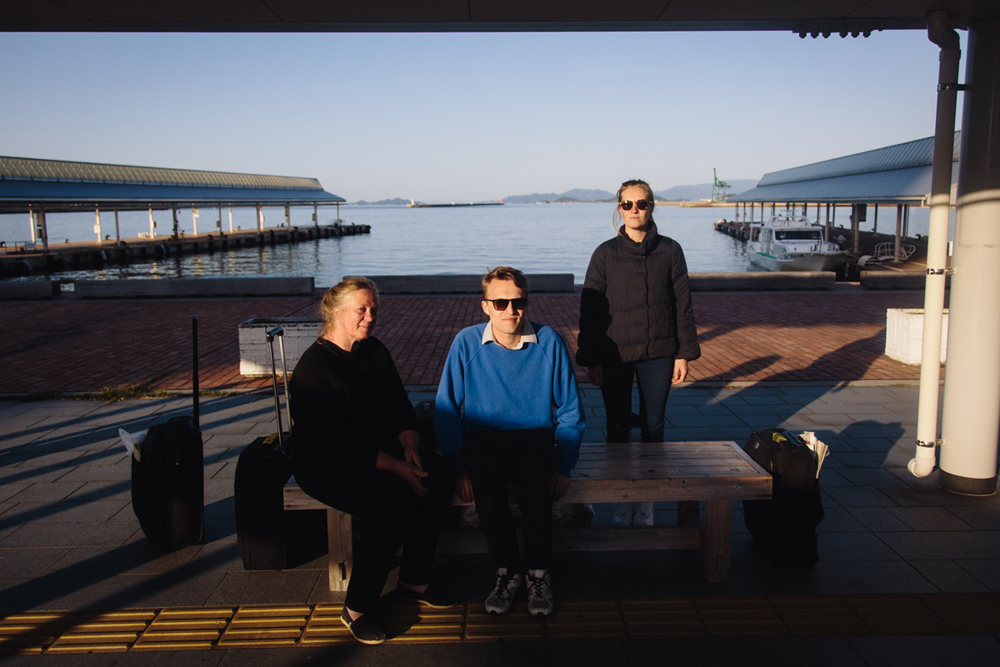 I’m not sure that I really imagined when I was younger that I would go on so many marmalade orientated family holidays but I feel very lucky to be part of the citrus adventure. My mother has created an awesome beast,  in the fourteen years since it began she has raised over £250,000 for Hospice at Home and created a very special community of people. A marmalade family.

*If you are interested and would like to enter the Marmalade Awards in Japan in May find out more information here.

If you are looking for a quote for your wedding please include as much information as possible – The date, location and anything more you want to tell me about the day! hello@hermionemccosh.com